For a number of years, in the 1970s, Malcolm designed a calendar each year to send out to friends and employers. Here are some of the covers and pages. They were created in the days when text had to be handwritten or made using Letraset™ 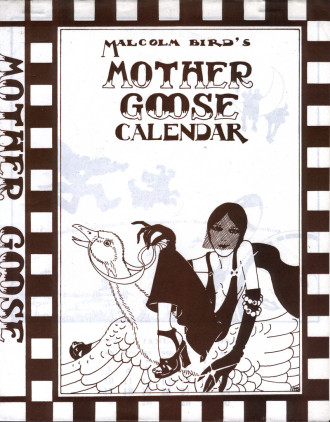 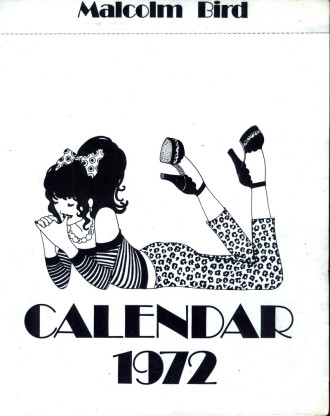 Inspired partly by Ken Russell's 1971, The Boyfriend, and a general interest in vintage films. Mabel Comely, the heroine, is saved by her hero, Art Deco, from dire situations created by the villains, Vulga Lush and Carlo Canasta.

Alfred Bestall, the Rupert Bear genius, described Bird's work on the calendar as "it is rare to find anyone with such decorative skill with the accuracy of a Victorian litho in the surrounds - yet retaining such a wealth of humour. His sinuous line and his ability to carry the pictures to such a pitch of 'finish' without their looking tired are a great relief in these slipshod days." Praise indeed! 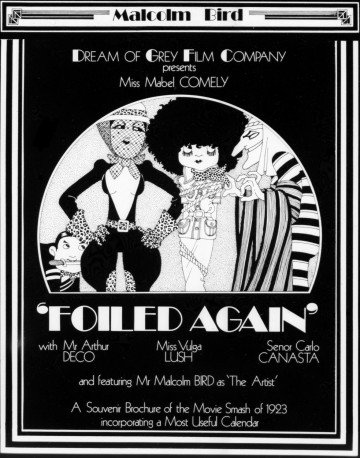 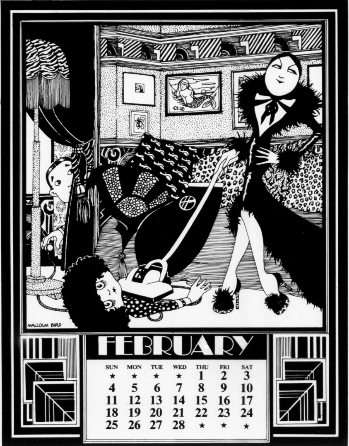 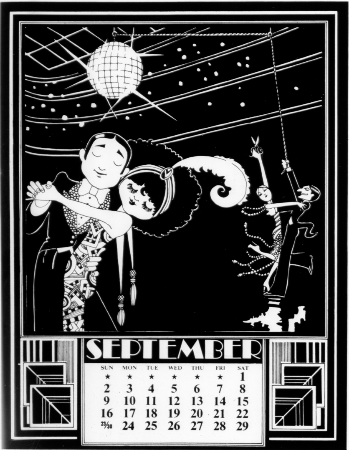 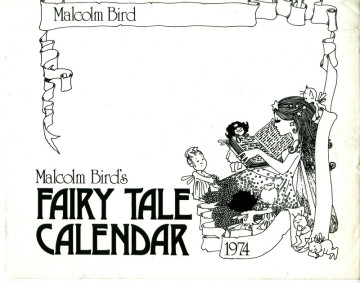 The Todney Ladies Club pictures the exploits of the ladies as they make jam, clothes and trouble. At the time Gallery Five printed some postcards using the images and some are now available as greeting cards. (Todney is an amalgamation of Todmorden and Putney between which Malcolm was living that year.) 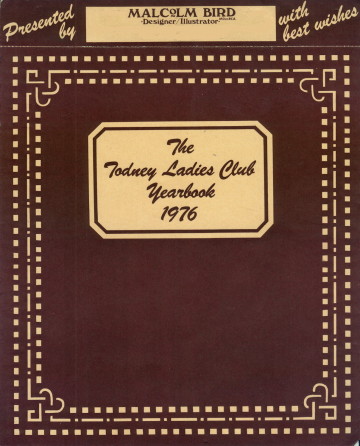 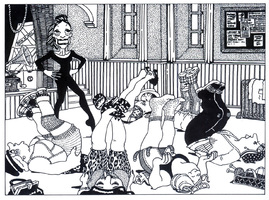 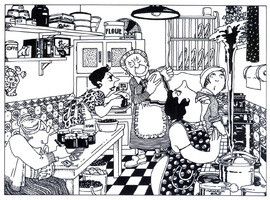 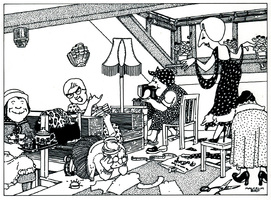 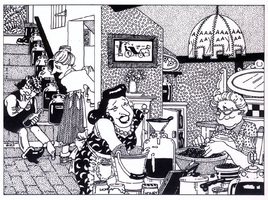 Witches are a favourite subject of Malcolm's and figure in The Witch's Handbook and several greeting cards. 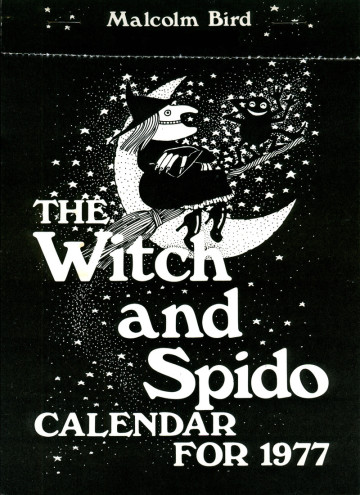 Huggins and Wilmott (also of Todney) is an amalgamation of various department stores including Pontings, and Pettits of Kensington, and Affleck and Browns, Kendal Milne, and Henrys of Manchester. Their motto is 'Quality - our silent salesman'. 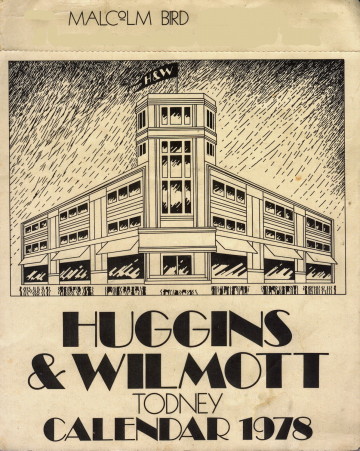 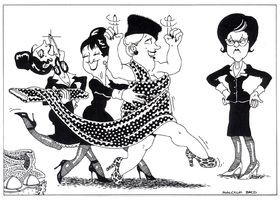 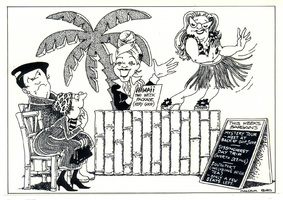 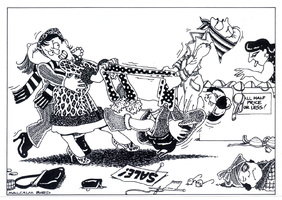 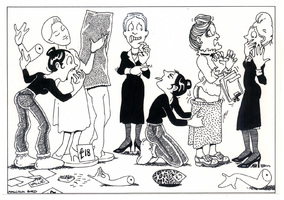 Madge and Beryl appeared in Jackie magazine as a comic strip. 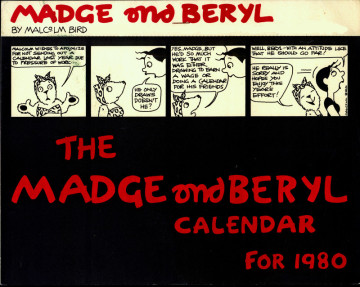