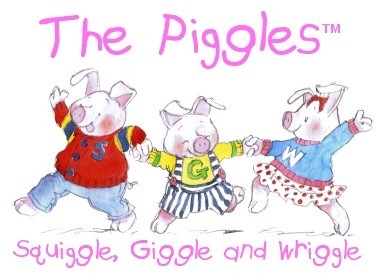 The Piggles live in the village of Pigglemere, in the English Lake District, a village strangely similar to Grasmere, also a village in Cumbria. They were created by Alan Dart and Malcolm Bird and first appeared in 1998 as fabric toys designed by Alan in Woman's Weekly magazine. The Piggles are now trademarked.

‘Hello, my name is Squiggle! I am Wriggle’s twin brother (actually I’m ten minutes older than she is, and remind her of this if she’s being especially naughty), and Giggle is my little brother. I am quiet, creative and thoughtful, and speak with a soft and calm voice, always pausing for a while to consider what I’m about to say before speaking. To recognise me you will notice that my right ear folds higher than my left one, and I usually have my tongue stuck out because I find that it helps me to concentrate (you should give it a try sometime and see if it also works for you).’

‘Me Giggle! I’m Squiggle and Wriggle’s little brother, and hope to be as grown up as them one day. I can’t speak properly yet, but giggle a lot, and usually talk in one or two word sentences. If I ask for “Juice”, it generally doesn’t turn up unless I also add the magic word “please”. I find this works well with most things. However, if I say, “No cabbage”, it still appears, even if I include “please”. Now that’s what I call odd!
I am the short one, and both of my ears fold in the middle, covering my half moon eyes whenever I’m embarrassed or feel a bit shy - so they’re quite useful, really.’

‘My name’s Wriggle, what’s yours? I am Squiggle’s twin sister, and my little brother is Giggle. I am noisy, energetic and outgoing, and never seem to be able to get my words out quickly enough. I always start off by speaking at a normal pace, but get faster, and louder, the more excited I become. I’m forever being told to slow down - but I’ve tried and I can’t!
It’s really easy to recognise me because I’m
glamorous and perky. My left ear folds higher than my right one, and I have lustrous, long eyelashes and naturally pink hair, which is always tied with a bow to complement my fashionable outfit.’ 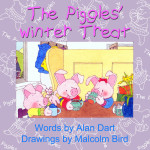 A series of ebooks are currently in development, and the first one, The Piggles' Winter Treat is now available for £2.99 on the iBookstore.﻿ It can be viewed using iBooks on an iPad, iPhone, or iPod touch.

A film showing a little of the book, and accompanied by The Piggle Prance, a theme tune written by Peter Polycarpou for a possible animation series, can be seen on YouTube.﻿ 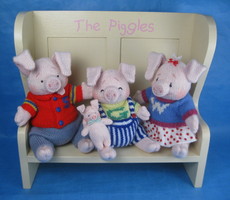 Now, for the first time, there are knitting patterns for all the Piggles, with removable clothes, available exclusively on Alan's website. There are two patterns, one for Squiggle and Wriggle, and one for Giggle and Likkle Piggle, for £4.00 each but they can be bought together, for a special price of £7.00, as a Piggles Collection. 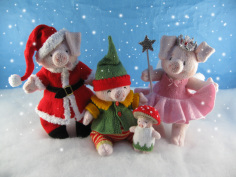 ALAN DART has designed knitwear and crafts for many magazines, and demonstrated crafts for children on television series for TV am and Channel Four. He was the toy consultant for Woman's Weekly magazine for 18 years and then designed a knitted toy each month for Simply Knitting magazine. He now sells his knitted toy patterns as PDF downloads exclusively from his website at www.alandart.co.uk where more patterns are added each month.

MALCOLM BIRD's illustrations have appeared in numerous magazines and newspapers, and on greetings cards. In addition, he's written and illustrated several comic strips, including In Stitches, which appeared each month in Simply Knitting magazine. His book titles include The Witch's Handbook, The School in Murky Wood and The Sticky Child. He illustrated Lynda Lee-Potter's column in the Daily Mail for 25 years.

Alan and Malcolm have also worked together on the series of books The Christmas Handbook, The Magic Handbook and The Party Handbook.

To find out more, please contact them by email at both@birdanddart.plus.com.﻿

A Piggles Greeting Card Store, where a range of cards with personalised inside text can be ordered, is at www.GCUniverse.com/thepiggles
﻿ 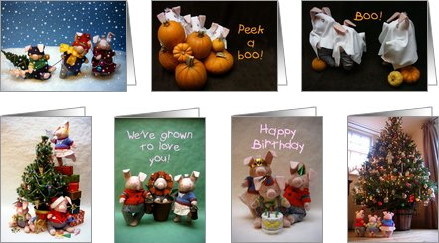 Here are four short videos of The Piggles, using the toys that Alan made for Woman's Weekly. When you click on an image, it will open in a new YouTube page. 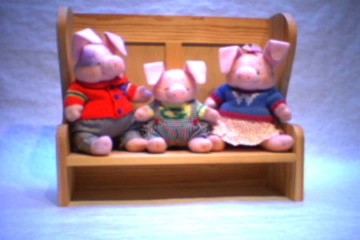 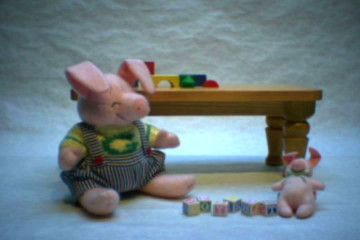 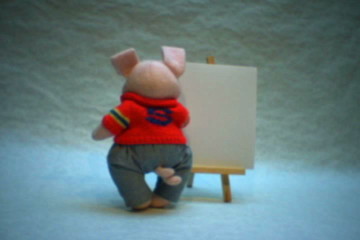 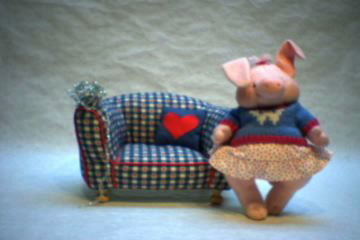 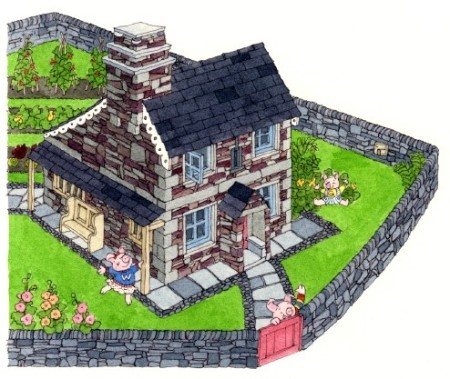 The Piggles live in Piggle Cottage, in Pigglemere, opposite the park. 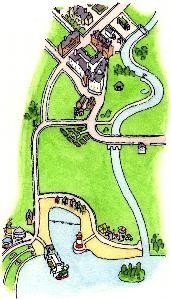 Pigglemere and Pigglewick-on-Sea, known locally as Piggle Country, bring together all the most ideal aspects of the English Lake District.﻿﻿

A map of Pigglemere which is used as the front endpapers in books about the Piggles.

A map of Pigglewick-on-Sea (pronounced "Piggle ick", as in Keswick), which is used as the back endpapers in books about the Piggles. 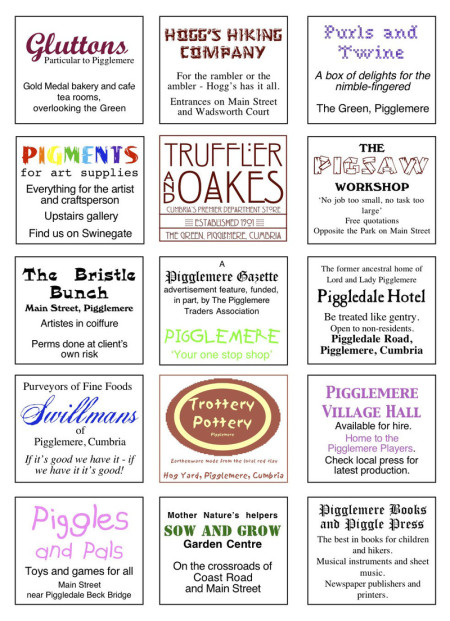 Pigglemere is home to some of the most prestigious shops in the Lake District. Some of them are mentioned above.